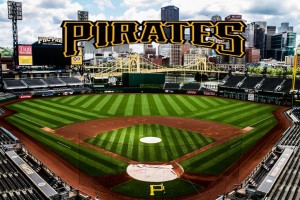 On Saturday, September 7th, at 7pm we will be playing Pittsburgh Pirate Trivia at BBT!

Questions will be asked in between innings of the Pirates v St. Louis game.

During the game you can enjoy $3.50 Penn Drafts while reps from the brewery will be hanging out and giving away samples and glassware!

The winner of trivia night will receive 4 tickets to the Pirates v Cubs game on Thursday, September 13th, with one person being escorted onto the field as the honorary groundskeeper!

Other prizes will include some cool swag from Penn Brewery, as well as vouchers to Penn Oktoberfest September 20th-22nd and 27th-29th!

Stop down for all the fun, and Let’s Go Bucs!