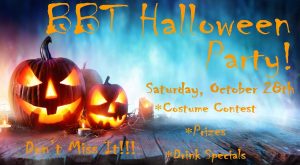 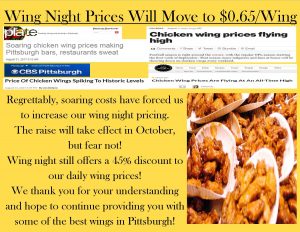 The price of wings has never been higher than it is right now.

We held out as long as we could, but unfortunately we simply cannot keep selling wings at $0.50/each on Wing Night.

Starting in October, Wing Night will be $0.65/wing on Wednesday’s from 7-10pm

BBT will be closed on Saturday, September 9th.

We will Re-Open Normal Business Hours on Sunday, September 10th. 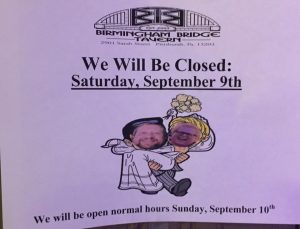 BBT will be closed on Labor Day Monday, September 4th

We will re-open normal business hours on Tuesday, September 5th.

On Sunday, June 25th, we were fortunate enough to compete in the King of the Wing Festival at Penn Brewery!

We are proud to say we took home a couple more awards for our wing sauces!

We took 1st Place for the People’s Choice for Best Overall Sauce for our Eric Jr. sauce and also won 2nd Place in the BBQ Category for our Goldenboy sauce!

We want to thank everyone who came out!

We had so much fun! 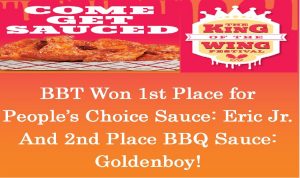 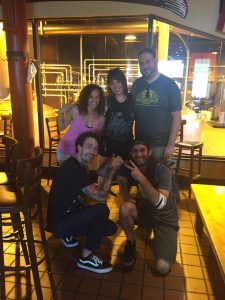